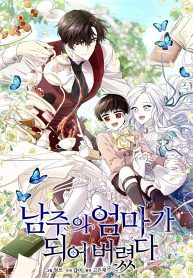 I’ve been a fan of the male lead for 3 years.

A fool for his son, I was caught by the Tyrant Duke of Hades, Louvermont.

“Following me around and giving me a lot of expensive gifts. I don’t know whether you value your life or not, coming all the way to the North by yourself….”

“Okay, I lose. I have a generous heart, so I will pretend I don’t know anything.”

“….Really? I think that didn’t have that much sincerity.”

“It’s been quite a while since I had a woman following me around. I’ve never seen anyone as persistent as Milady. It’s amazing. Let’s do it, marriage. As soon as possible.”

However, the Duke only looked at my blank face then smirked, and properly confirmed it by threatening to kill me.